A Taste of Hill Top

Beatrix Potter didn't waste time wandering round a supermarket agonizing over the red labels for saturated fat and sugar on everything she fancied.  Nearly everything would have come from the farm or garden - just buying in flour, salt, sugar, bread from the baker and maybe some spices.

There are still beef cattle and sheep grazing Hill Top land but Beatrix also kept Dairy Shorthorns for milk, pigs, horses, an assortment of hens, ducks, geese and turkeys as well as collies (such as her favourite, Kep) to work the sheep.  She also grew oats and turnips - Beatrix says she 'singled the turnips when she had time'.

There was also a productive vegetable garden - as there is today, thanks to Pete - and fruit trees bearing apples, plums, pears and damsons, not to mention fruits, such as blackberries from the hedgerows for making blackberry and apple jelly.
Beatrix was nothing if not fair.  Whilst wanting to keep the best apples for herself, she appreciated the need for local children to 'scrump' - what is better than a stolen apple straight from the tree?  She tied ribbons round the trees the children could help themselves from but heaven help them if they touched the others!  At one time there was a royal procession of apple trees - Blenheim Orange, Norfolk Royal, King Russet and George Royal.

Animals would have been butchered on the farm - no traumatic journey to the slaughterhouse - and milk made into cheese and butter in the dairy.

Beatrix didn't like 'modern' machinery so most of the work would have been done using hand tools and horse drawn implements.  During the First World War, when men were called from the land to serve, life must have been particularly hard.  Writing to a potential employee, Beatrix explains that she did most of the cooking herself and also looked after the poultry, the orchard, flower and vegetable garden, as well as helping with the hay.  So she wasn't just digging sheep out of the snow!
So, what might she have cooked?  She was definitely familiar with Roly Poly Pudding and Pies and Patty Pans (perhaps filled with beef from the farm).  Lamb - or more likely the tastier hoggett (the next stage up from lamb - the year after it was born) or mutton, would have featured, perhaps with peas, beans and potatoes from the garden. Hill Top kitchen might have been filled with the smoke from bacon frying.

Without freezers, preserves such as jams and chutneys would have been important and she mentions a visit to Wray Castle where they were pickling walnuts. 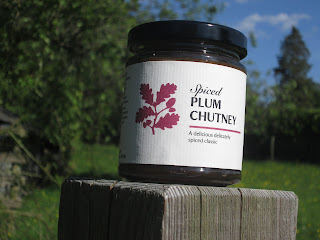 So - no wasted time at the supermarket but still ...... whenever did Beatrix Potter have time to write and illustrate her stories?!
Sue and ticket office team.
p.s.If you're wondering where Sam the spaniel is ,,, he was hiding behind the camera when I took the photo of cattle!
Posted by NT South Lakes Houses Team at 10:00
Email ThisBlogThis!Share to TwitterShare to FacebookShare to Pinterest
Labels: apples, bacon, Beatrix Potter, blackberries, Bramley, butter, cattle, cheese, dairy shorthorn, Farm, hens, Kep, scrump, turnips, Windermere
Newer Post Older Post Home