An Eye For Detail

There is no denying that Beatrix often had pretty unusual taste when it came to decorating her beloved house, at least for the early 20th Century. I think it's all rather charming and quirky which I talked a little about in my first blog post of this year, if she had this sense of style in today's world in my opinion she would have been considered quite forward thinking and in vogue (Yes I'm doing the vogue pose right now).

For B, I believe that a part of her personal style was about the details, be them large or small, 'in your face' or more modest, and I'm sure you'll agree she had an eye for them.

Take these bed curtains for example, by themselves I don't think they are anything special, they are a dull green sort of colour and dare I say it, a tad boring and uninspiring. To improve the look of them she had begun to embroider them and created brocade flowers and little hanging tassels. 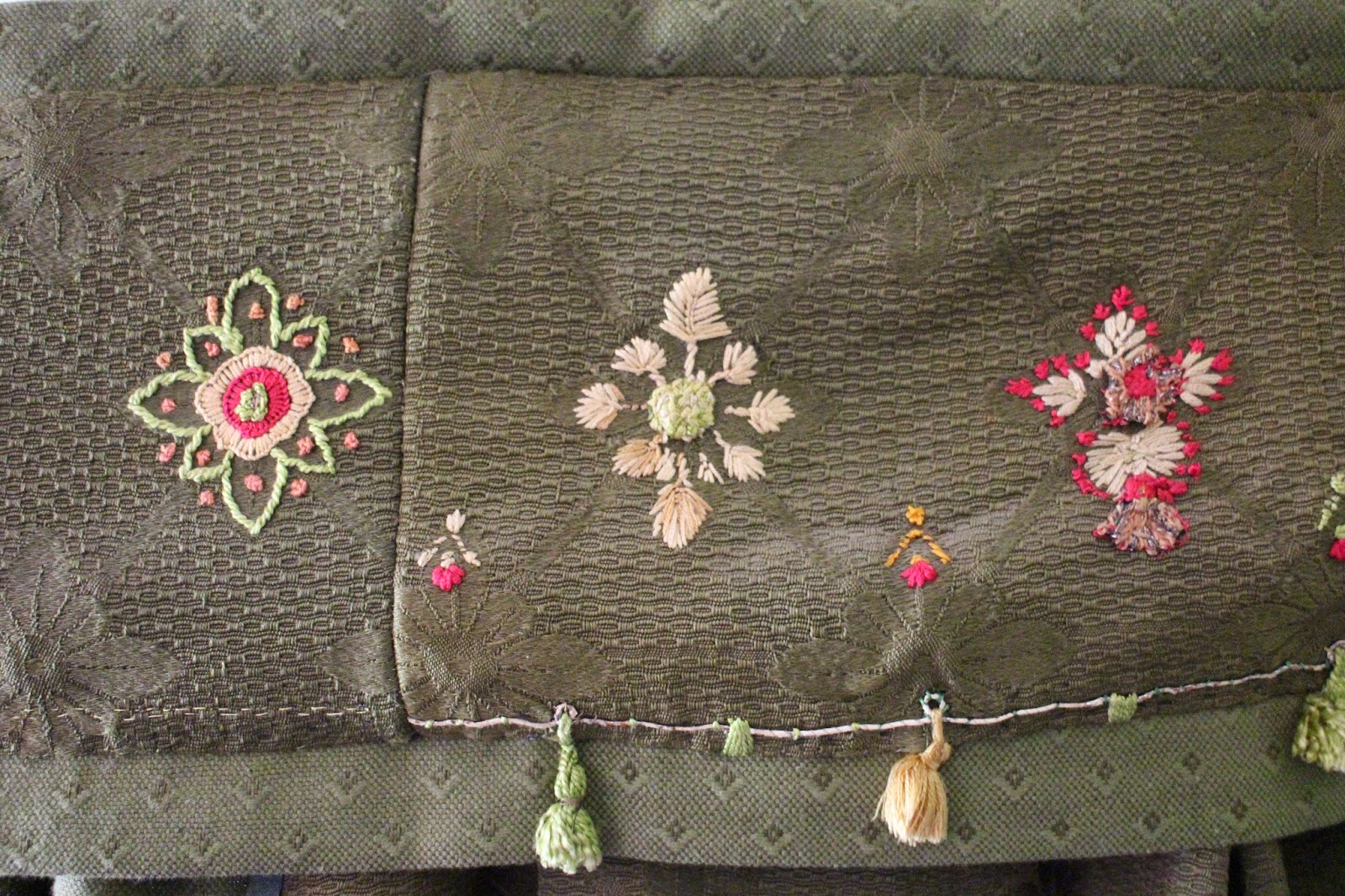 I had never come across the word 'Brocade' before, but after a spot of research I found out that it's a richly decorated fabric often made from brightly coloured silks, with or without silver and gold thread. 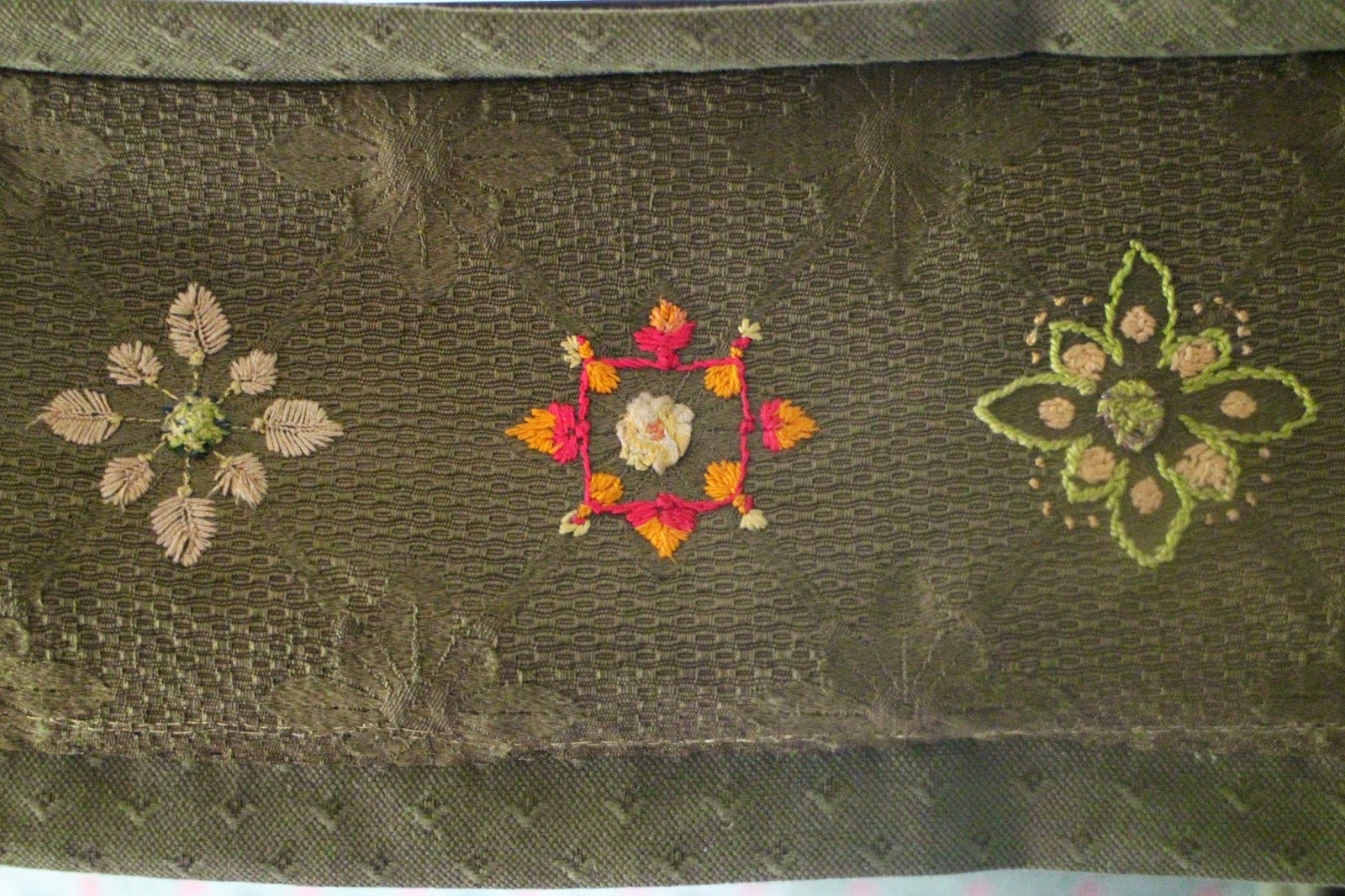 Beatrix began to embroider the bed hanging but never actually finished the project, members of the team has previously told me that although she was a brilliant artist and author she wasn't really that good at other traditionally 'female pursuits'. However, it was a lovely thought and the idea behind it is that the pattern is meant to imitate her William Morris wallpaper that hangs in the same room. 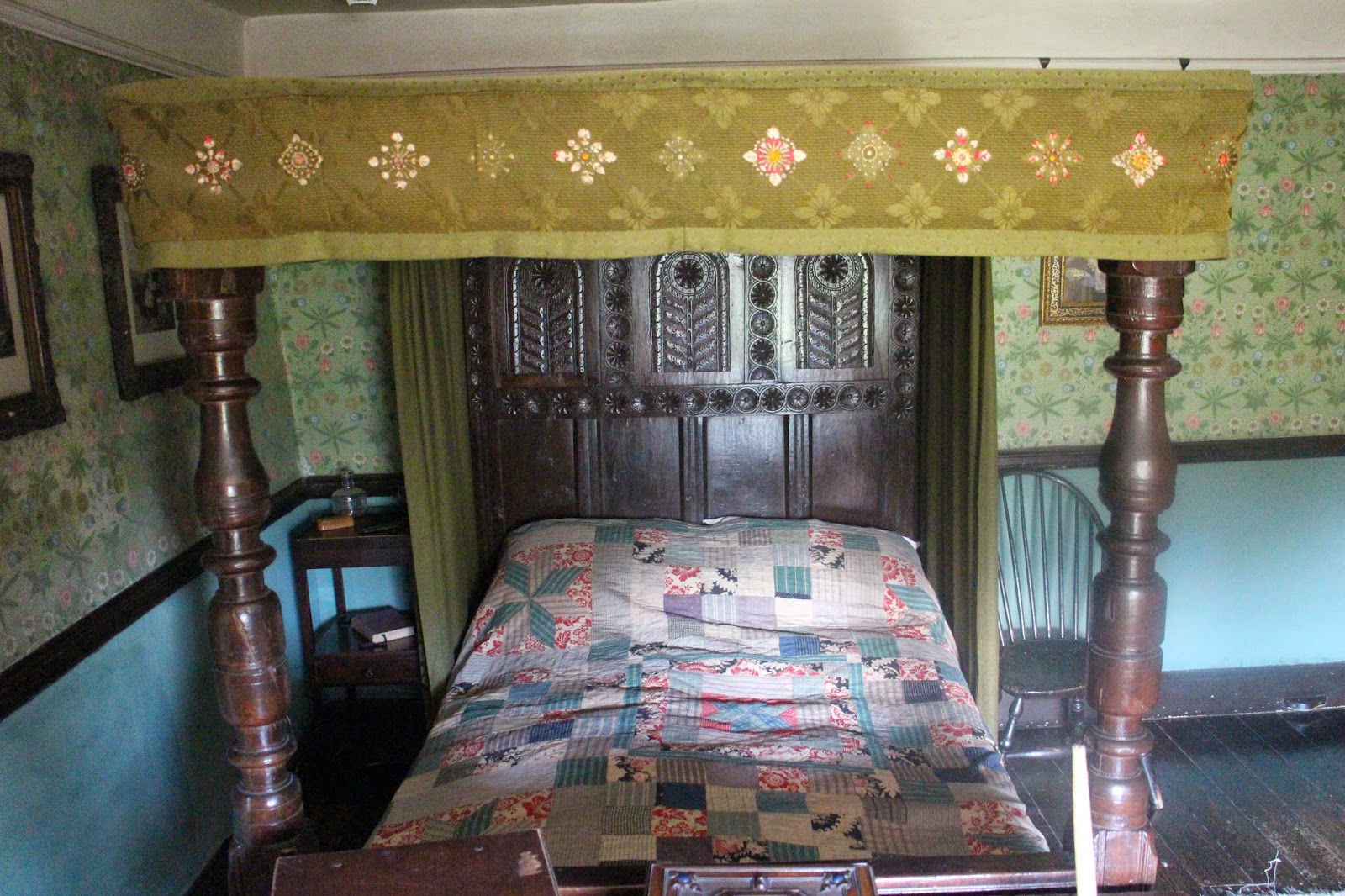 We don't know why she never finished it, perhaps she got bored of it or she simply never got around to it, I'm sure we're all guilty of that. I know I certainly am, I've got a half finished crochet blanket still on the go!

Since details are the theme of the week I thought you might like to have a look at the piano that we have at Hill Top - it's a stunner! 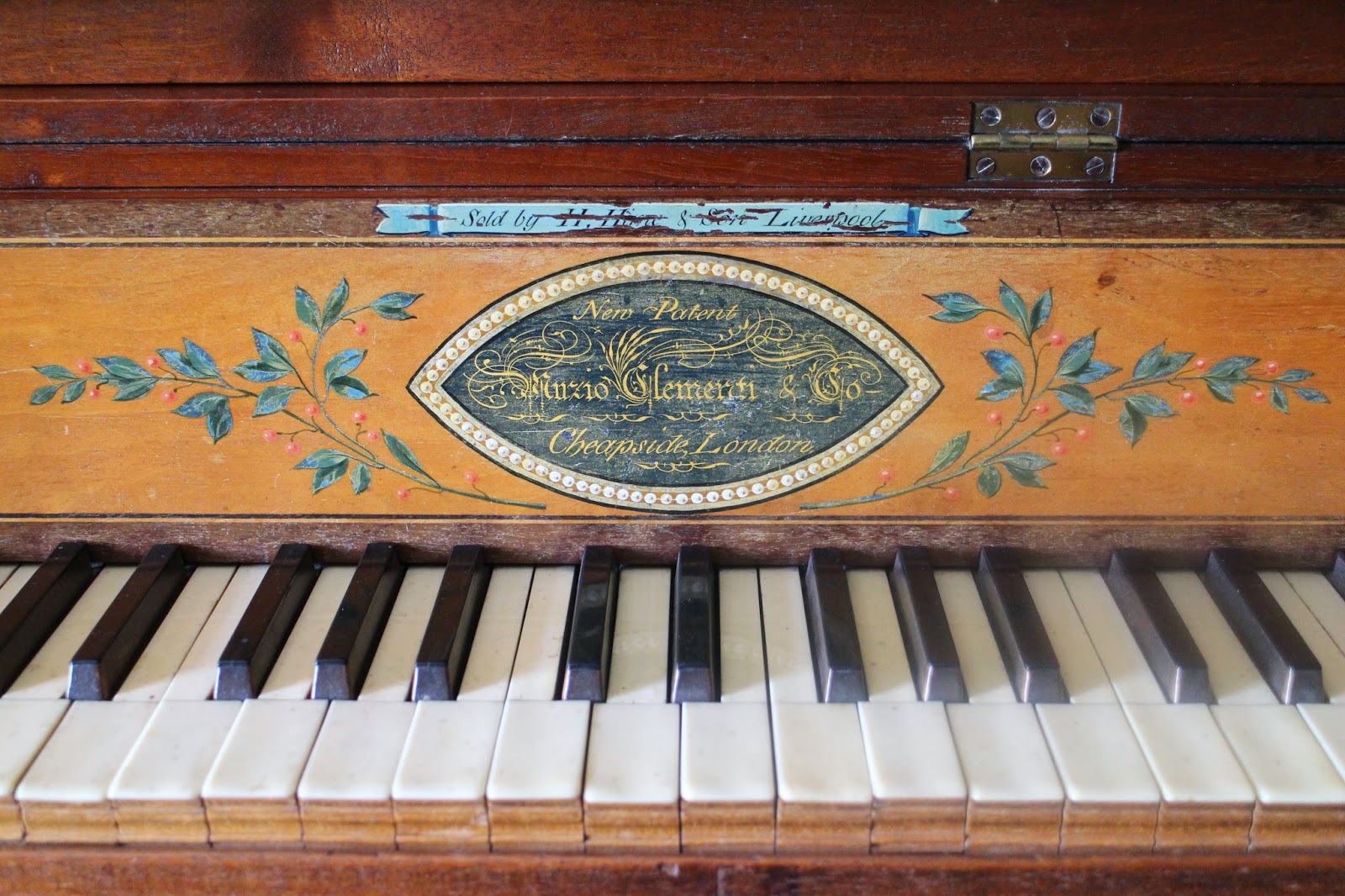 It's not your average piano; made with brass and mahogany it's quite a bit narrower and the horizontal strings are arranged diagonally. It is known as a square piano (I don't know why because it isn't square!) and was made by Clementi in 1810. It's said that Beatrix wasn't very good at tickling the ivories and this wasn't hers but that this lovely instrument came from William's side of the family. What's the evidence behind this? Well, if you open the right hand lid I found an inscription that is mentioned on the NT Collection's website. 'M. H 1838, E. H 1839, M. H 1893" is scratched into the wood next to the strings.

I don't know if it's factually true or not, but to be honest I don't think it matters it's an interesting story that I love to share with our visitors and will continue to do so.

I love to imagine that William was a romantic sort of gentleman because this fireplace carving in the bedroom had to be an act of love on his part. 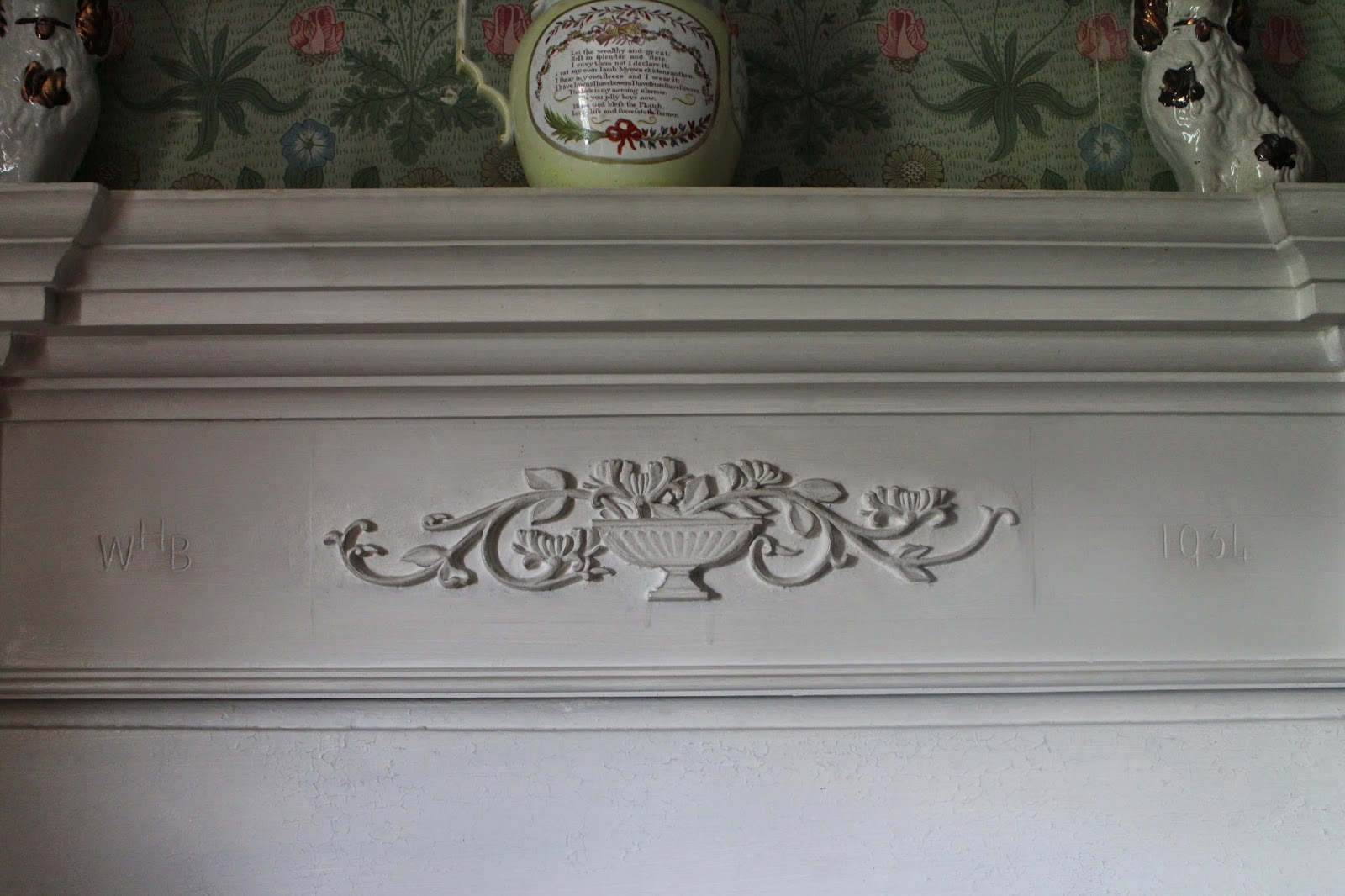 If you hadn't already guessed it, the initials carved on the left of the piece stand for 'William and Beatrix Heelis' 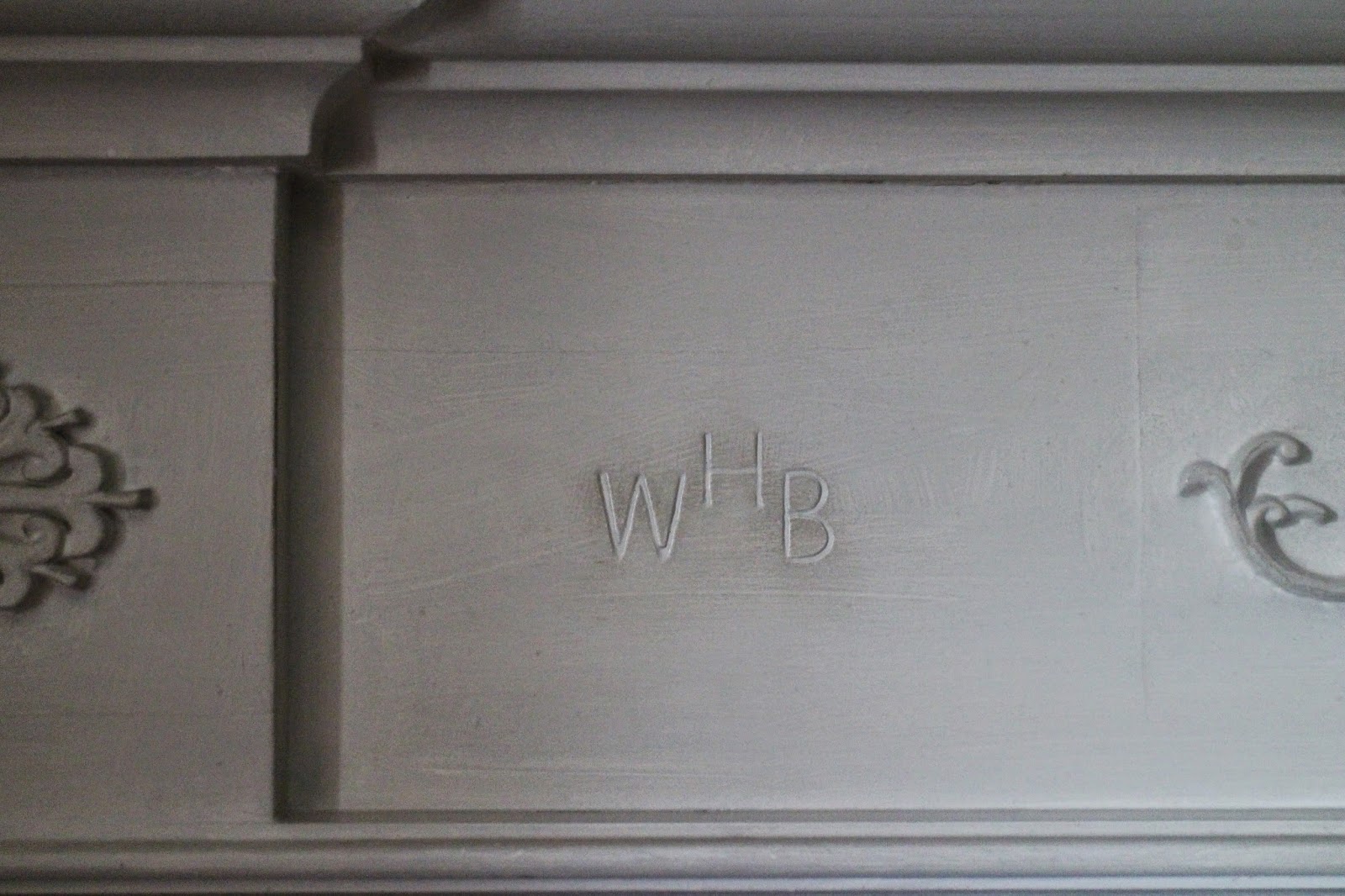 and the date on the right? If I told you the pair tied the knot in 1913 would that help you? 1934 signifies their 21st Wedding anniversary. 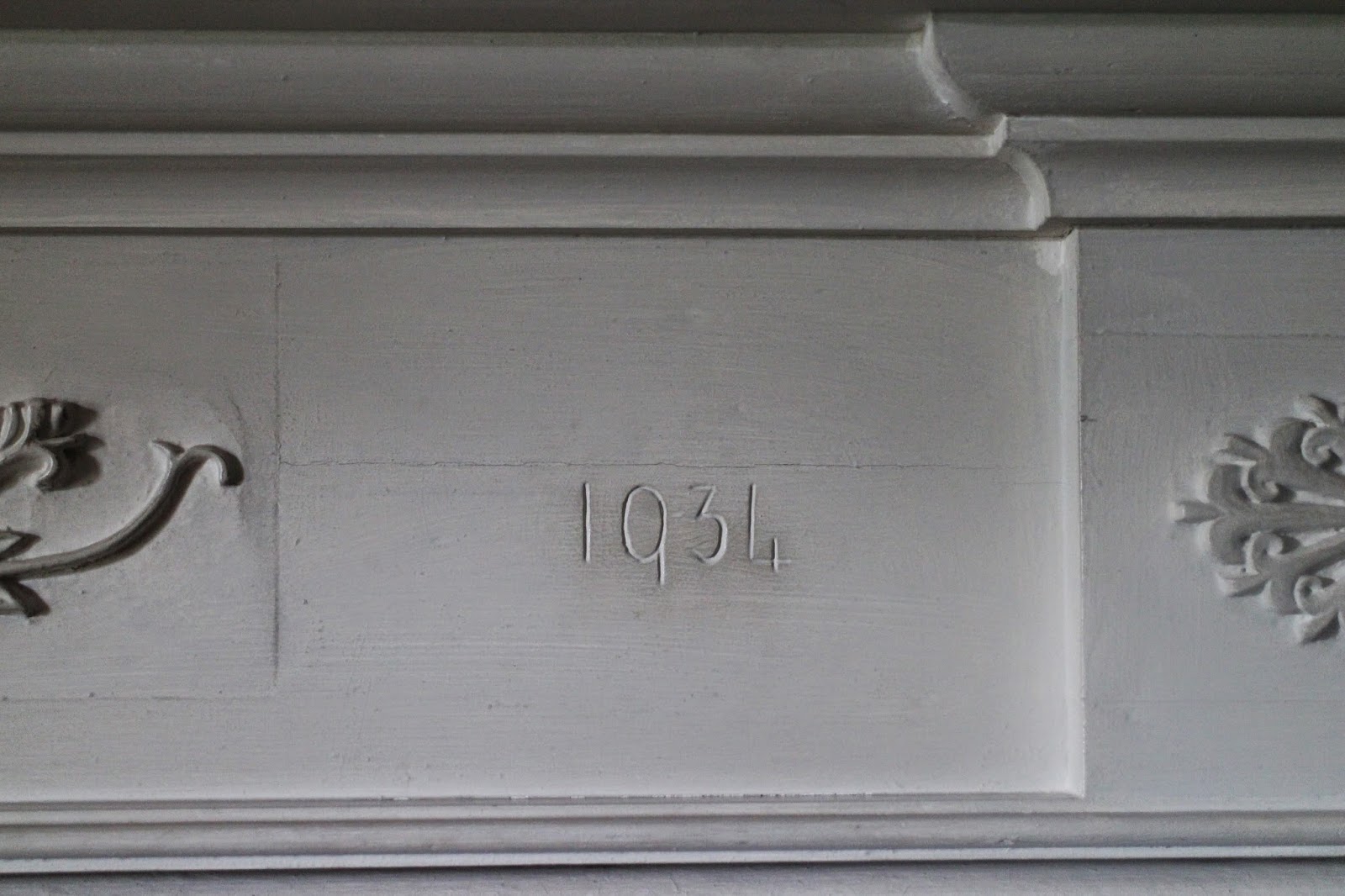 The practice reminded me a little of lovers carving their names into an old tree, the thought behind this is the same, it is going to be there forever, a declaration of love and commitment. I once carved my initials into my mum's brand new M & S bread bin... I don't think she was that pleased with my permanent mark..

I bet Beatrix apprenticed this lovely gesture, I'm sure she would of. It is one of the things that people don't often notice when they visit us, I can understand why because it is fairly difficult to see if you're not looking for it.

One set of items from Hill Top that are pretty unique to the British Isles are Horses Brasses. They are common place here in the UK but our overseas visitors often come to us with puzzled looks asking what they are. Originally used as decoration on Shire and heavy horse harnesses they fell out of fashion as the practice declined and now they are very popular for interior decoration. A little nod to our agricultural past. If you visit some pubs you'll see them tacked and hung off old beams, Beatrix however hung her's off the mantle.

In the collection there is this one with the head of Queen Victoria marked 'Jubilee 1887'. We also look after another one which is marked 'Edward VII Crowned June 1902'.


These along with the crowned teapot in the Parlour would suggest that she enjoyed the Royal family or perhaps she just enjoyed collecting Royal memorabilia!

In previous posts I have included a little figurine that I found in a cabinet and as I near the end of this post I'm going to slip another one in, I've decided to make this a regular thing so watch this space for more of the same.

Ok, so this month's aren't technically people or figures but they do have faces, they are egg heads. Sat in Grimwade wear children's tea set egg cups this pair are blown and have smiley little faces complete with silk bonnets. They serve no real functional purpose other than they look cute and are decorative – as you will have guessed, I really like them! Being so fragile I haven't got that up close and personal with them yet but I'm hoping this winter I might get an opportunity.

Just look at them, it's hard not to smile when you see them smiling back with their little rosy cheeks! Does any one else imagine what voices they would have if they were real or is that just me?

I'm going to leave you now, I challenge you not to hear their voices now I've mentioned it! But join me next time when I share more items from the house with you.

Words and pictures by Natalie :)