Very recently, here on the South Lakes Property we held an Assessment Day to help us choose a new member of staff - an Assistant House Steward. The Assessment Day was held at Wray Castle, on the shores of Windermere, which has to be the best location for a job interview - it certainly has the best views. And thankfully it wasn't as snowy on this day! 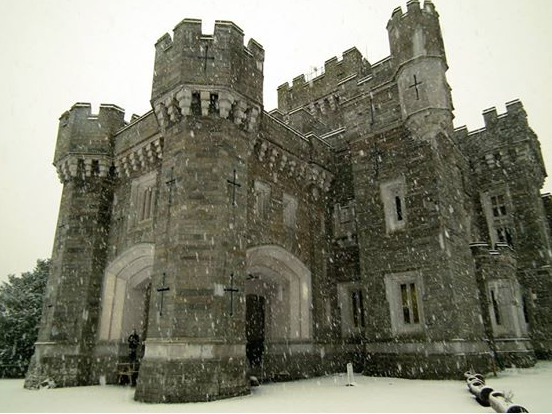 We put our potential new member of the team through all manner of tests (but we also gave them lunch). My role on this day was to work with the other House Steward and do the 'Object Handling' session.

The idea of this Handling session is to test the candidates' knowledge of the care of and conservation of various items; in this case a textile, a book and a piece of ceramic. We ask the candidates to handle them, watching carefully to make sure they do it in the correct way so as to minimise any risk of damage. We ask them to look carefully at the object - describing its condition in detail. They will tell us about cleaning the object and maybe displaying it safely to the public.

The ceramic we chose this time was not a fancy gilded delicate piece, which our candidates may well have expected, thinking of Beatrix Potter's lovely collection of cups and saucers and ornaments that are on display at Hill Top. Instead we chose an earthenware bottle, with a broken handle.quite at random.

Down in the basement there are all nature of interesting things during the closed season: all the Craft materials for children's activities; Christmas decorations; dressing up clothes; a taxidermied Herdwick sheep; recycling bins and boxes containing items dug up from the grounds of Wray Castle. 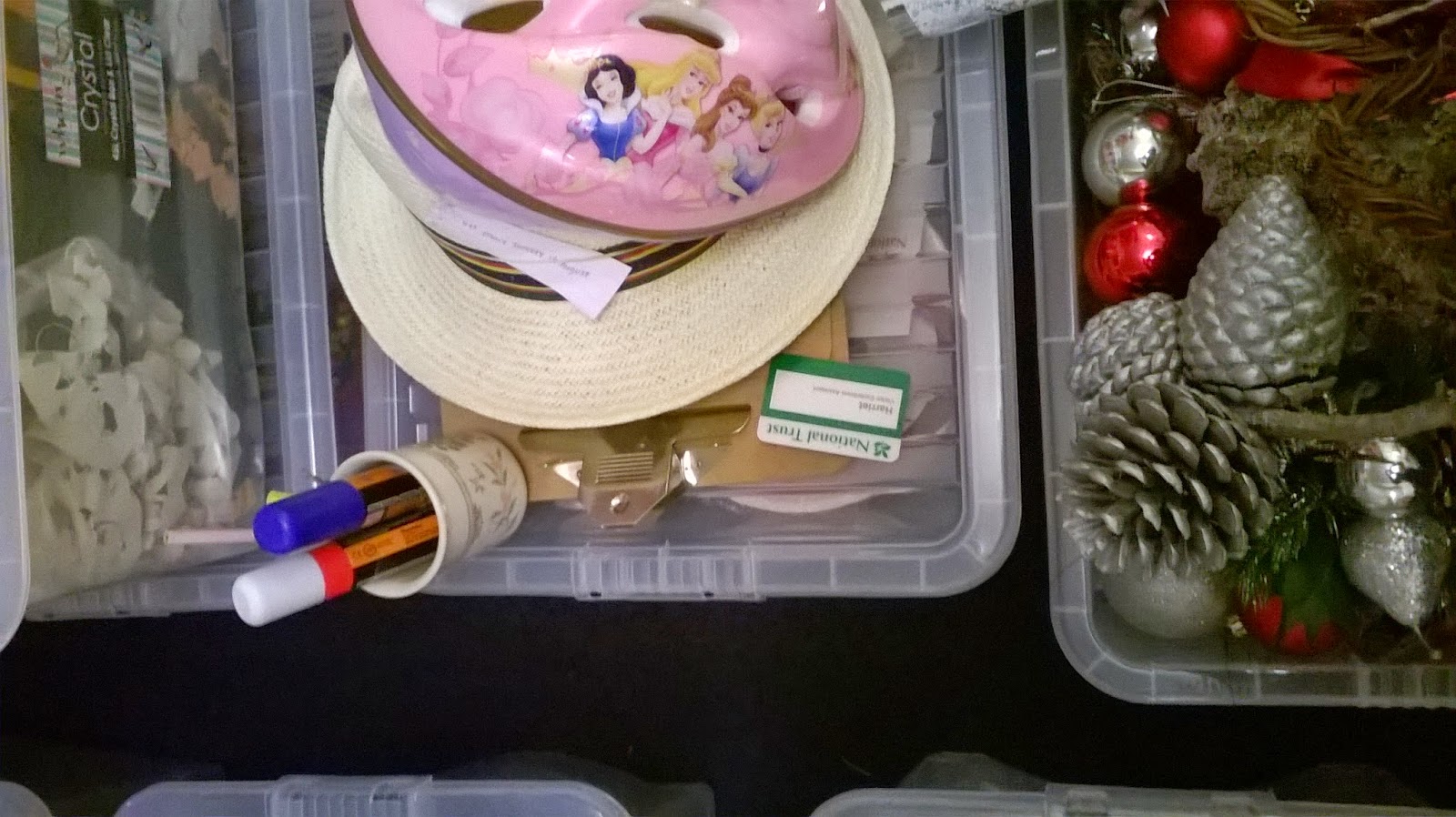 Once our candidates got over their surprise at having to deal with such an unusual item, they seemed to relish handling and describing it. One rightly surmised that it had been dug up from somewhere! 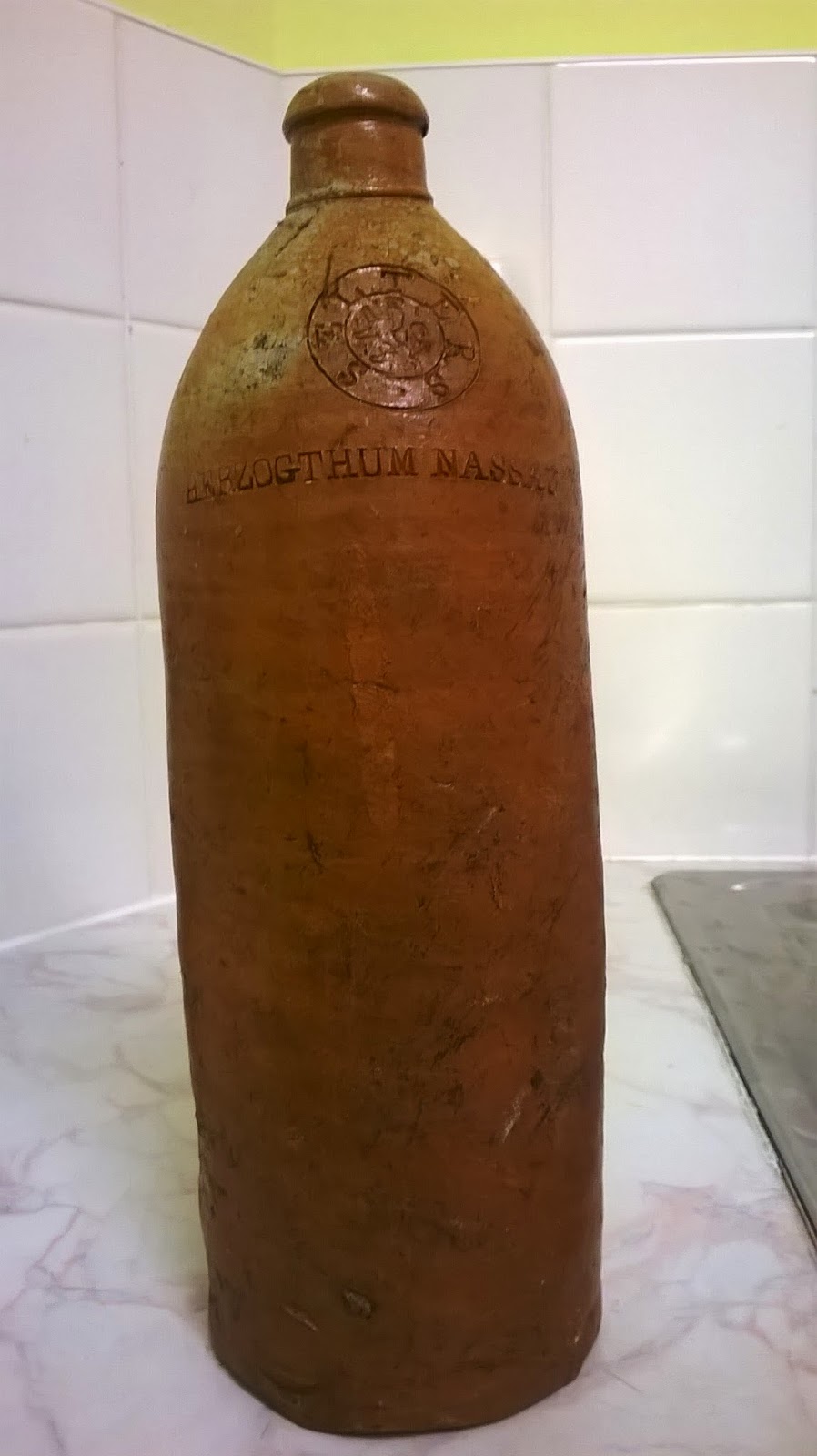 After the assessment sessions were done and we were in the basement with cups of tea and leftover sausage rolls (from lunch). I decided to Google the mark that was on the bottle, as it was so unusual. Herzogthum Nassau was stamped on it, along with a kind of lion decal and the word 'SELTERS'. I wanted to know what this all meant! 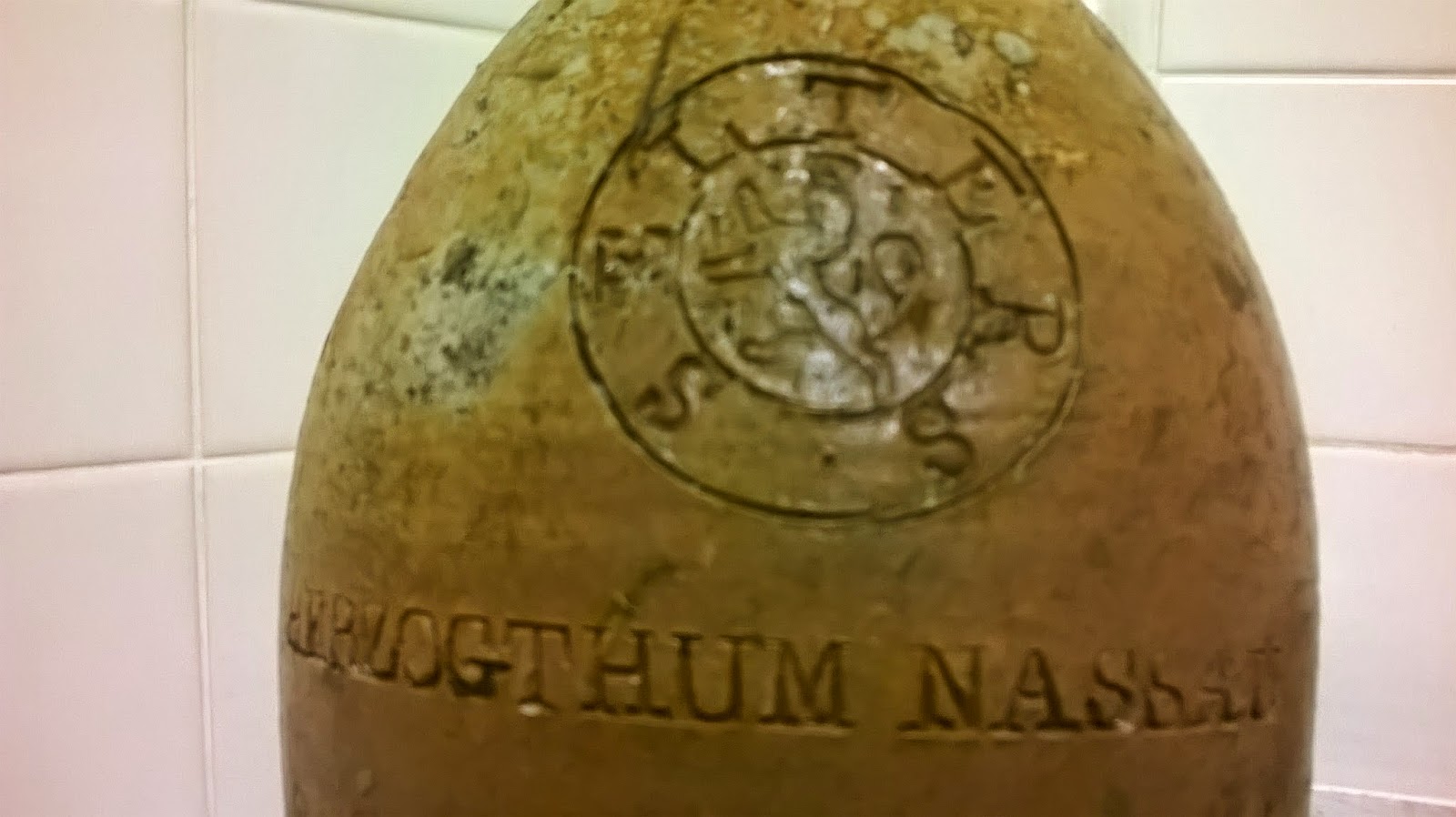 What I discovered was that this bottle once contained German mineral water! Herzogthum Nassau, means the Duchy of Nassau, a province in western Germany that is today the state of Hesse. The Selters area of the province on northern slopes of the Taunus mountains was famous for its mineral springs. Starting in the mid-18th century, the water was packaged in stoneware vessels and sold internationally. Shipments went out to the Netherlands, Sweden, England, France, Russia, Africa, even as far afield as America and Jakarta. It was a highly profitable venture, with more than a million jugs sold in 1791. In 1850 three million jugs were sold!

Wray Castle was built in the 1840s by James Dawson (a surgeon) who had way more money than sense, and he would appear to have been a fan of the health benefits of drinking this carbonated mineral water. Who would have imagined that way back then bottled water was readily available and drunk by those who could afford it? I certainly learnt something interesting that day.

Written by Fiona (one of the House Stewards)