This week we had a visit from a group of motor enthusiasts, collectors of a beautiful range of cars made by the Alvis Car and Engineering Company, Coventry. Ten cars visited us on Wednesday, and were a crowd-puller as they lined up alongside each other at the front of the building in glorious sunshine. 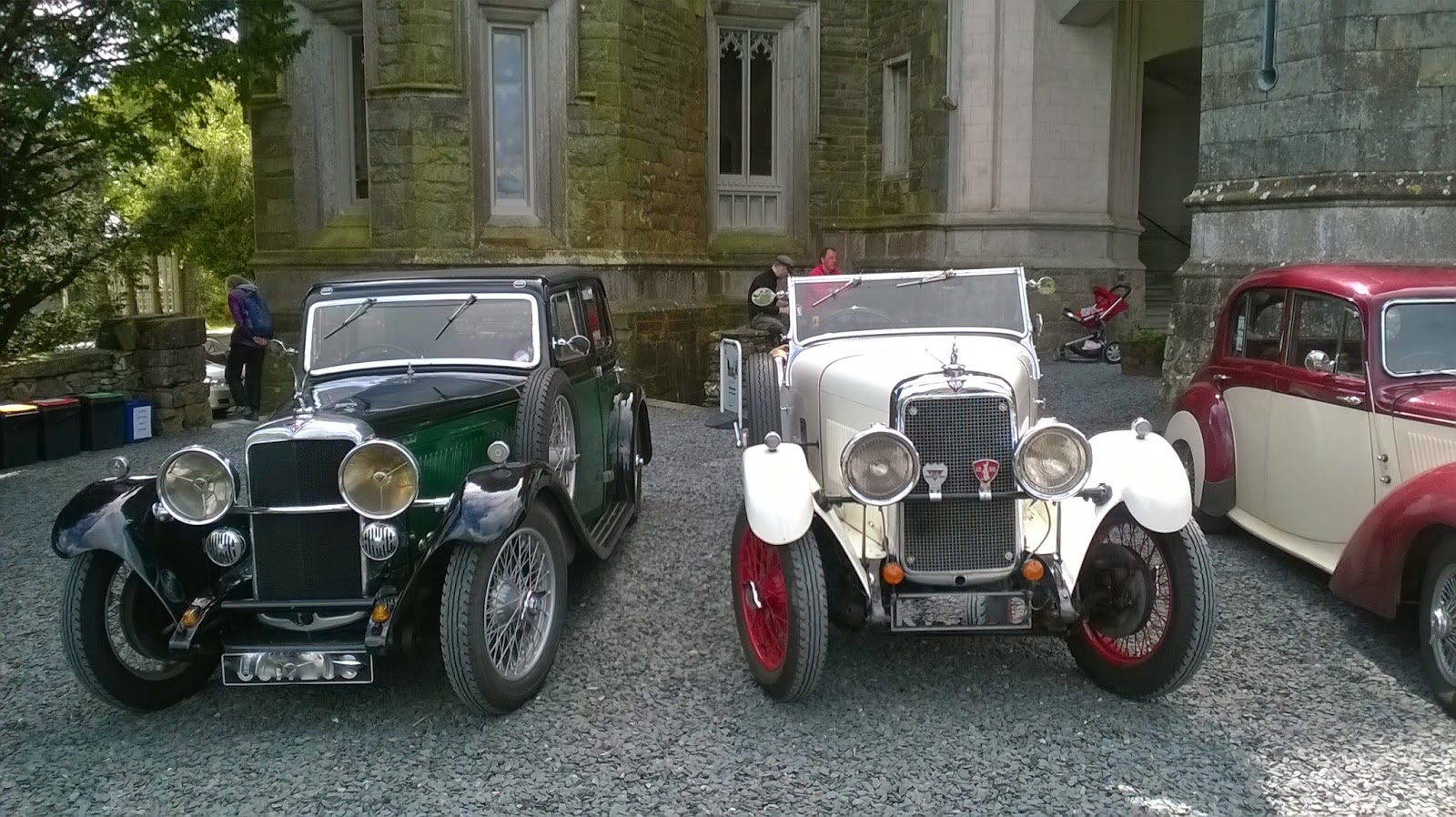 The company, whose insignia is a famous inverted red triangle, began manufacturing in the early 1920's and continued until 1968, producing 22000 individually designed cars, the latter of which had a top speed of 127mph. Subsequently, support was provided to the existing owners. 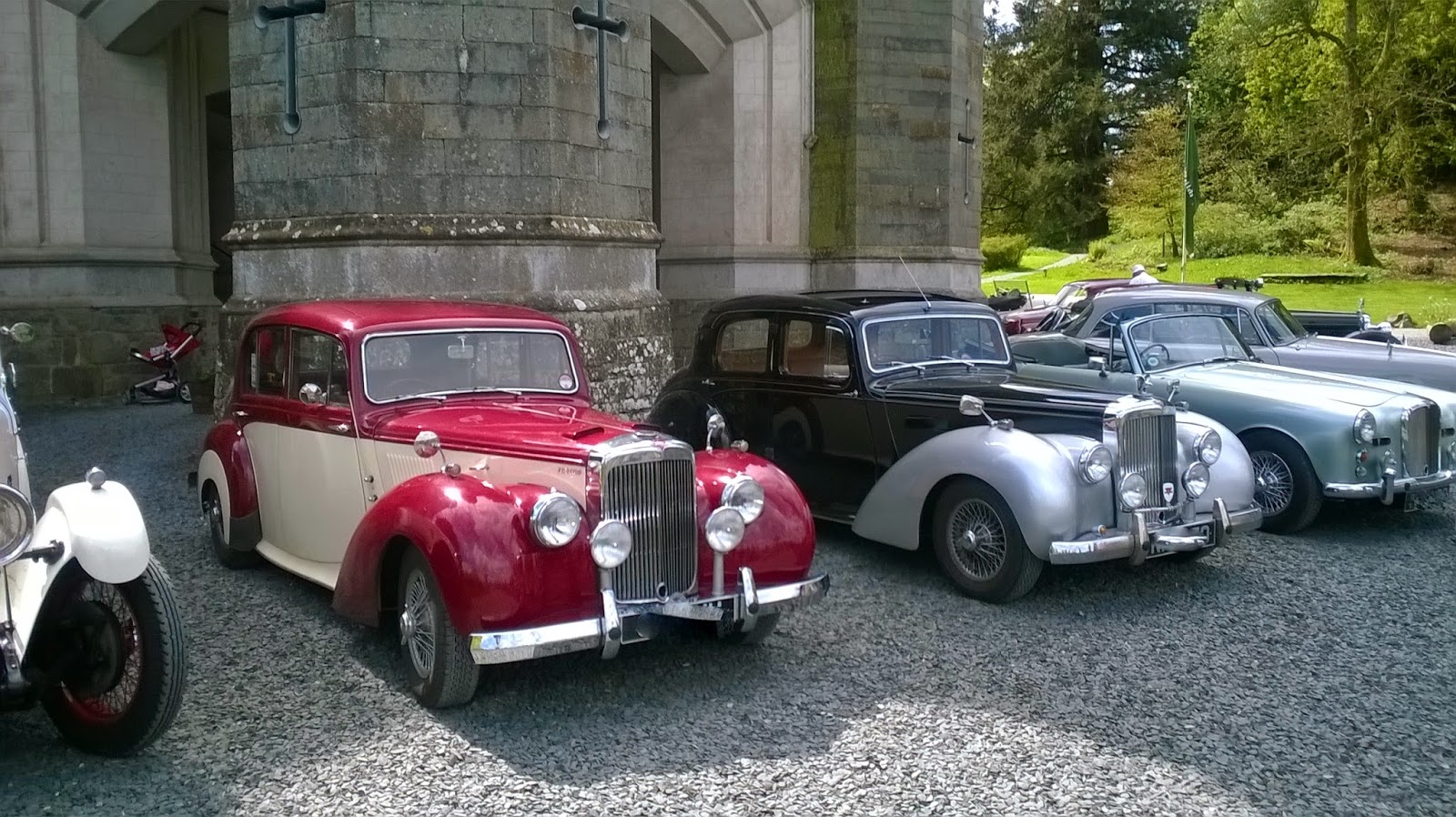 The company has recently been relaunched to produce a further 77 models of the classic 1930's chassis, so new Alvis's can now be purchased by those with a healthy bank balance!